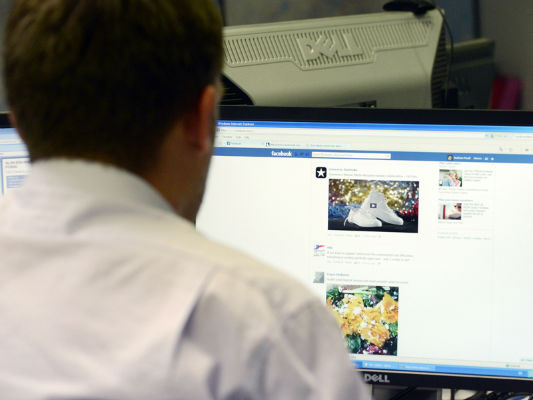 Australians are expected to spend an extra 22 days surfing, chatting, shopping and working online this year compared to two years ago.

Residents across metropolitan areas spend more time online than their regional counterparts, and those connected to the national broadband network are the biggest users, according to new research commissioned by the company rolling out the NBN.

“Most of us are getting online when we open our eyes in the morning and before we go to sleep, while a quarter of us hit the internet when we wake in the night.

“Almost three quarters of us do it while watching TV, a third while cooking and some of us have even confessed to being online on the loo,” Ms Stevens said on Tuesday.

NBC Co commissioned the research – which surveyed more than 10,000 people – to understand how people were using the internet and to see if there was a difference between metropolitan and regional areas, Ms Stevens said.

The nbn has been rolled out to three million premises so far, and currently has about 1.3 million users. The rollout is expected to cover eight million homes and businesses across the country by completion in 2020.

Users not on the nbn in metropolitan areas now spend 5.8 hours each weekday, on average, on the internet on weekdays, up from 4.4 hours daily in 2014, the survey found.

The research found users connected to the nbn were online more, with metro users online for six hours a day, up from 4.6 hours in 2014.

Regional residents not on the nbn now spend 5.4 hours a day online on weekdays compared with four hours a day in 2014, while users on the nbn were found to use the web for 5.6 hours a day, up from 3.9 hours in 2014.