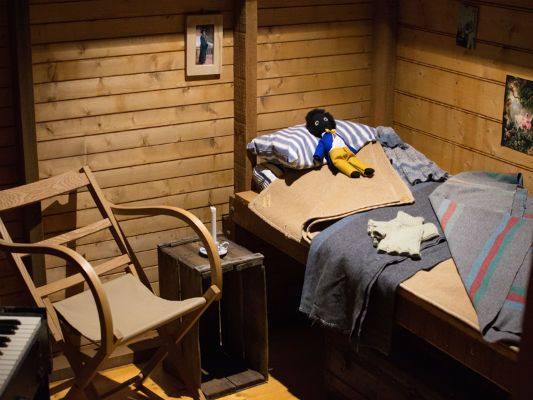 Australia’s greatest story of survival in the desert comes not from the dry outback but the unforgiving ice of Antarctica.

Douglas Mawson was the astronaut of his time when he led the first Australian expedition to the continent in 1911.

The crew set off with the finest clothes and liquor in a splinter of a boat compared to modern standards.

Mawson was on a final mapping trip on December 14, 1912, when his crewman Belgrave Ninnis fell through the snow.

The only thing Mawson and remaining traveller Xavier Mertz could see as they looked into the black crevasse was an injured husky on an ice ledge 45 metres below.

They shouted but no reply came.

Ninnis has fallen with the best of the team’s supplies and the two survivors were 500km from their main hut with just 10 days of food.

A mad dash to a previous camp helped them recover urgently needed equipment.

When food ran out they ate their dogs’ livers but were unaware they were being poisoned by high levels of vitamin A.

Mertz lost his mind and Mawson had to sit on his chest to stop him from destroying their tent.

He died slowly and painfully and Mawson was left to make the remaining 160km journey on his own.

His hair fell out and he had to tape the soles of his feet back on after the skin fell off.

Mawson almost tumbled into several crevasses but managed to pull himself from the brink each time.

Against all odds he managed to reach the hut on February 8, 1913, only to see the ship returning to Australia disappearing on the horizon.

As the remaining team prepared for winter, Mawson messaged his wife that he was a bald, ruined man and she was free to leave him.

Mawson’s legacy is not only this story of determined survival but his endeavours that gave Australia a 42 per cent territorial claim over Antarctica, the largest of any country.

His face graced the $100 note, giving him the nickname The Grey Ghost, but as time has passed he has slipped from the nation’s mind.

But thanks to the work of the Mawson’s Huts Foundation a little bit of his world lives on in Tasmania’s capital, Hobart.

The Mawson’s Huts Replica Museum at Franklin Wharf is faithfully copied from the original, which still stands in Antarctica today.

The timber is the same, the layout is the same, even the tiniest details are copied, like the pictures they hung at their bunks.

The museum also includes pieces from the original hut such as a flag pole and a stove.

Given more people have been on top of Mt Everest than inside the original hut, which is protected as a historically significant site, to step inside the museum is your best chance to travel through time and space.

It should be at the top of the to-do list for anyone visiting Hobart.

GETTING THERE: Hobart International Airport is about a 20-minute drive from the city centre. Have your camera ready for the stunning view of the Tasman Bridge and Mount Wellington as you approach the River Derwent.

Hobart is a city you can conquer on foot with most major attractions within walking distance of one another in the CBD.

The ferry is the easiest and most picturesque way to get to MONA. Splash out on tickets in the Posh Pit to travel in style.

PLAYING THERE: Hobart’s inaugural Australian Antarctic Festival runs from September 8-11, 2016. It’s noticeably colder down here. Wear warm clothes, including gloves and a scarf – Tasmania is close to Antarctica after all. You would also do well to pack good walking shoes, and keep a raincoat or umbrella at hand.

For tours, visit the Chimu Adventures website at www.chimuadventures.com.au. The company is offering a four-day tour that gives you access to the best of the festival.

* The writer was a guest of Tourism Tasmania http (www.discovertasmania.com.au), Chimu Adventures and the Australian Antarctic Festival (www.antarcticfestival.com.au).