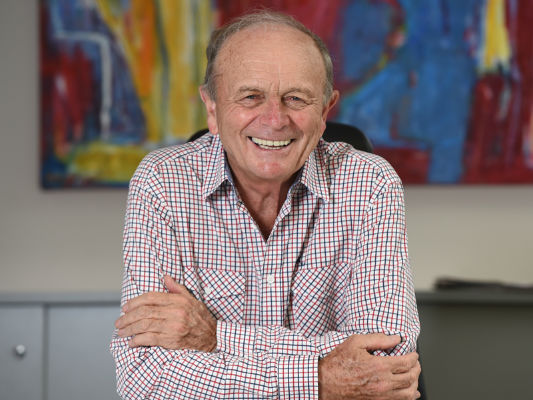 A boom in housing construction and renovation has driven a surge in Harvey Norman’s furniture, whitegoods and homewares’ sales.

Harvey Norman’s net profit rose 30 per cent to $348.6 million in the year to June 30, as sales revenue growth for its franchisees in Australia more than doubled from the previous year.

Franchisee sales revenue rose almost eight per cent to $5.3 billion, while a near $50 million rise in the value of Harvey Norman’s properties also contributed to profit growth.

The retailer’s shares jumped to an eight-year high on the strong result, but have since eased.

Harvey Norman, like rival JB Hi-Fi, has benefited from reduced competition following the financial collapse of Dick Smith in January.

The company expects housing conditions in Australia to remain strong and to continue to drive its sales growth with the eight weeks of the current financial year already showing strong signs with sales up 6.4 per cent and comparable sales up 6.6 per cent from the same period a year ago.

“Every three and a bit years you get an extra million people in Australia and that doesn’t look like changing,” he told AAP.

“Consumer confidence is also strong. At the moment, Melbourne and Sydney are the powerhouses of our business.”

He said housing activity was likely to remain solid thanks to a strong number of building approvals, particularly in NSW and Victoria.

The mining downturn have dented sales growth from the group’s Queensland and WA stores, he added.

Mr Harvey said the business has also benefited from the growing demand for technology, particularly devices connected to the internet.

“It’s all about the latest smartphone, technology that connects customers to their home, their work, their health and fitness,” Mr Harvey said.

“(That’s) as well as the big advances in televisions; the curved screen and home theatre, which cost substantially less than what they did 10 years ago.”