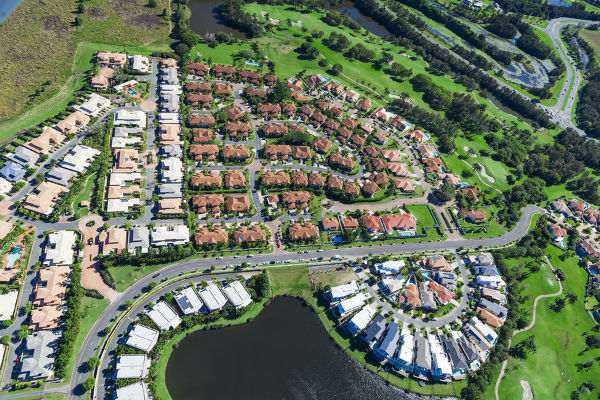 There are signs that an increased supply of housing is starting to weigh on economic growth.

The latest is an estimate from the Australian Bureau of Statistics of the “pipeline” of housing construction.

While the value of new housing projects approved or under way rose in the June quarter, the increase of two per cent was the smallest since 2014.

More importantly, the value of work yet to be done on projects already under way was down by over two per cent, the first quarterly fall since 2013, while the value of work approved but not yet started jumped by 15 per cent in the quarter.

As a result, the proportion of the pipeline accounted for by projects yet to be started is now 26 per cent, well up from the low of 22 per cent at the beginning of 2015.

Although the relationship is by no means one for one, a high proportion of unstarted projects in the pipeline is generally associated with slower growth in building activity.

An explanation for that is when builders see an oversupply emerging, they are more inclined to wind up their existing projects and not start any new work to avoid having to sell into a saturated market.

It may be that the bureau’s estimate that there was virtually no growth in new-home building work done in the June quarter, after three hefty quarterly rises, reflects this.

If so, it has been coming for a while.

Despite pedestrian economic growth, the Reserve Bank has been reluctant to ease monetary policy for fear of lighting another fire under the housing market.

But it has cut the cash rate twice so far this year anyway.

And a big part of the decision was the expectation that the wave of apartment building would add enough to the supply of homes to keep the lid on prices.

In announcing its on-hold interest rate decision last week, the RBA pointed to an already visible effect of the surge in apartments coming onto the market over the past couple of years.

“Growth in rents is the slowest for some decades,” the RBA said.

As part of its consumer price index figures, the ABS publishes an index of dwelling rents, which shows annual rises now averaging less than one per cent.

Aside from the early 1990s recession, it’s the slowest growth in rents in the 43 year history of the data series.

This slow growth in rents and the reluctance of builders to put approved plans into action are two sides of the same coin.

Both signal slower growth, perhaps even a downward trend, in home-building, from here on.