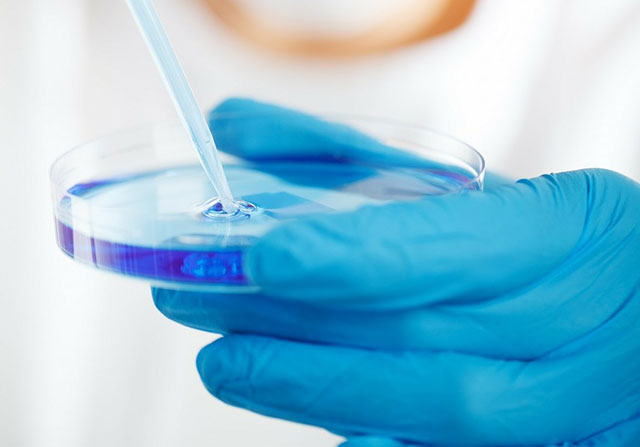 Global and domestic shares have rallied strongly from the lows of late March 2020. Markets have been encouraged by the gradual relaxation of lockdown restrictions across many regions. Some of the worst affected places such as Italy, Spain, and New York City have now started opening up.

There has also been good progress on several vaccines that could be deployed, on a limited basis, as early as the end of this year. While there is no cure for the virus, mortality rates in the US for example have fallen as we have learned more about this disease. However, coronavirus cases continue to rise and have passed 20 million confirmed cases globally.

The sell-off in March not only led to extreme volatility in equities, but also to illiquidity in fixed interest markets. With the help of central banks, global conditions in financial markets have continued to improve and bond markets are now functioning normally again.

The US Fed (as have other central banks) has indicated it will continue to provide as much support as is necessary to get the economy through this pandemic. Most countries remain in recession due to forced lockdowns.

A positive for markets, however US-China problems deepen

One positive for markets has been that the Saudi – Russian oil price war has been put on hold for the moment with WTI oil now trading above US $40 a barrel. However, the geopolitical situation has taken a turn for the worse over the last few months. The relationship between the US and China has continued to degenerate over issues such as the origins of the virus, economic espionage, and effective annexation of Hong Kong.

The good news is we believe we are past the low point of this contraction and most economies are starting to grow again.

We said in our last note that it is difficult to predict how deep this contraction will be, and more importantly, how long it will last. The good news is we believe we are past the low point of this contraction and most economies are starting to grow again. While economic recovery is underway in many parts of the world, economies are a long way from getting back to where they were or would have been in the absence of the COVID-19 pandemic. The feeling is that it will take several years to get back to where we were before the virus.

The US and China

US economic data has surprised many with its upside recently but is expected to take a hit from the growing number of virus cases in the southern states. Estimates for US growth are for a double-digit rebound in the second half after a second-quarter contraction of over 30%.

China appears to be on track to return to growth quicker than expected. China’s GDP expanded 3.2% between April and June compared with a year earlier, beating forecasts of around 2.4%. This rebound followed a 6.8% fall in the first quarter. Overall, first-half GDP contracted by 1.6%. China has had the advantage of emerging from lockdowns months ahead of Europe with Germany for example indicating it will not start to grow until the 3rd quarter of 2020.

The recent shutdown in Victoria shows how difficult it is to make forecasts. Before the stage 4 lockdown, we were expecting the Australian economy to grow in the 3rd quarter. Now the national economy is likely to remain in recession to the end of September and shrink for a 3rd consecutive quarter for the first time since the early 1980s recession.

According to the Prime Minister, Victorian restrictions will cost the national economy between $10 billion and $12 billion and push  unemployment towards 10% by year’s end. This amounts to a 2.5% reduction in 3rd quarter GDP. Also, the debt is piling up with the cost of the JobKeeper scheme now at $101.3 billion.

We see a continuation of effectively zero interest rates (negative real rates) and massive government support to get individuals and companies through the pandemic shutdowns. The RBA has said that the 3-year Australian Government bond yield will be kept at 0.25% for 3 years. We expect rates will stay much lower and for longer than they would have without this shock. What this means is that growth assets will likely be the only way to get any reasonable yield or return.

For the moment equity markets are willing to look through the pandemic dip but at some stage will turn to the outlook for company earnings. The US reporting season has so far exceeded (lowered) expectations and is just underway in Australia.

Since the market views current earnings as temporarily depressed, and there are high hopes for a vaccine in the short term, PE multiples are high by historical standards. One thing we need to keep an eye on is the rise of far-left ideology in the US. The movement against capitalism and US-China tensions have the potential to severely disrupt markets. In the case of China, at a minimum, we believe they will be cut out of a lot of the global supply chains which has implications for emerging markets and the Australian economy.

What this means is that growth assets will likely be the only way to get any reasonable yield or return.

There are several treatments for the virus that appear promising, but ultimately markets are pinning their hopes on a vaccine. The leading candidates seem to be well ahead of the initial 12 to 18-month time frame. However, the 30% plus bounce off the low for equity markets would quickly evaporate if they were disappointed on this front. The difficulty in controlling this virus has been demonstrated by major virus outbreaks in Australia, Singapore, and Israel.

These were all places that had very low case numbers recently and seemed to have the virus under control. The lesson appears to be that life, and the economy, cannot return to normal without a cure for this virus.