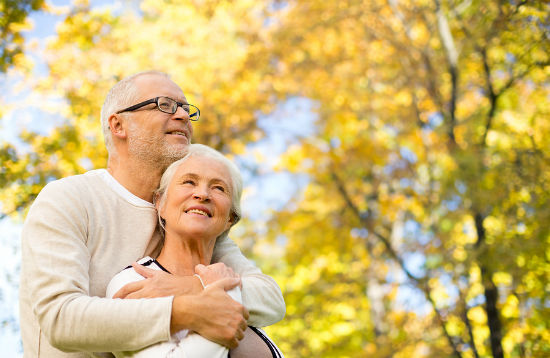 Australians are smoking and drinking less but nearly two-thirds of us are overweight and half have a chronic disease.

The mixed diagnosis is delivered in the latest biennial report card on the nation’s health released by the Australian Institute of Health and Welfare on Tuesday.

While most of us (85 per cent) believe we are in great health and are living longer than ever before, the report highlights some worrying trends.

Half had at least one chronic disease such as cancer, cardiovascular disease, diabetes, and asthma in 2014-15.

Cancer rates have increased since 1982 and the disease is now Australia’s biggest overall killer, with an estimated 130,000 new cases expected to be diagnosed in 2016.

However more people are surviving, with the mortality rate having dropped 22 per cent since 1982.

Death rates for coronary heart disease, Australia’s leading single cause of death, has also dropped by three-quarters in the past three decades, thanks to people quitting smoking and improved treatments.

However the report notes that nearly a third of chronic diseases could have been prevented if people had tackled risk factors including smoking, lack of exercise, and obesity.

Many people are getting the message, with smoking rates having almost halved since 1991 and Australians now drinking the lowest amount of alcohol per person since the early 1960s.

However the proportion of overweight or obese adults has surged from 56 per cent to 63 per cent since 1995, meaning men and women are carrying an average of an extra four kilos.

Almost half of adults aged 18-64 didn’t exercise, and most didn’t eat the recommended amounts of fruit and veges.

Nearly all children (97 per cent) aged five to 14 also missed getting enough fruit and veges, and seven per cent were obese.

AIWH chief executive Barry Sandison said while lifestyle factors were a major contributor to the development of many chronic diseases, a person’s income, education and employment status also had an impact.

The report said while there were some improvements in indigenous health in recent years, significant gaps remained.

Suicide was the overall leading cause of death for young Australians aged 15 to 24, ahead of transport accidents.

Fourteen per cent of young people aged 12 to 17 had a mental health disorder, with anxiety the most common.

* 85pct rate their health as good, very good, or excellent

* 45pct are inactive or not active enough

* 63pct are overweight or obese

* 27pct have one chronic disease, 23pct have at least two

* 2.0pct have had a cancer diagnosis in past five years and are still alive

* 20pct have had a mental disorder in the past year

* 93pct of kids are fully immunised