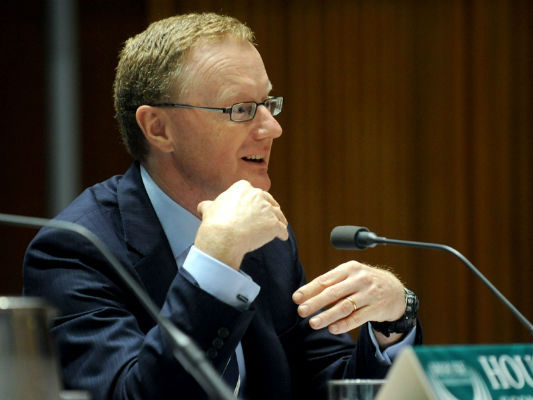 Dr Lowe only took the reins on September 18, so it’s still early days.

But his announcement of the board’s widely expected decision to leave the cash rate at 1.5 per cent read very much like the previous statement issued by Mr Stevens a month earlier.

Dr Lowe is not seen to have a greatly different view on policy as his predecessor.

His research background suggests a greater focus on the perils of asset price inflation, but Mr Stevens was also keenly aware of this risk associated with using ever-lower interest rates to boost economic growth.

In any case, large sections of the statement on Tuesday were unchanged from the September 6 announcement.

And the parts that were changed did not appear to signify anything more than the central bank’s acknowledgement of the evolving state of affairs.

In the discussion of the Australian economy, there was an added sentence about consumer spending.

“Household consumption has been growing at a reasonable pace, but appears to have slowed a little recently,” the RBA said.

But slower growth in retail sales had been noted in August in the RBA’s quarterly Statement on Monetary Policy.

The mention of it in the announcement on Tuedsay was no more than a statement of obvious fact rather than a shift in the preoccupation of the RBA under its new leadership.

The discussion of the state of the jobs market is a little longer this time, but the confusing picture painted by the range of labour market indicators warrants the extra attention.

The indicators of employment and unemployment are still “somewhat mixed”, just as they were four weeks ago.

The analysis of the housing market is also a little longer in the latest announcement, with the inclusion of a comment about rents.

“Growth in rents is the slowest for some decades,” the RBA said.

That has implications on two fronts.

First, rents will be a drag on inflation, because rents make up seven per cent of the consumer price index (CPI), the yardstick for the RBA’s two to three per cent inflation target.

Second, stalling rents suggests an oversupply of housing is starting to emerge, which could spell weakness in the building industry and housing market further down the track.

Again, though, neither of those are new concerns for the RBA.

The take-out from the latest statement is that the RBA is on the fence and probably happy to be there for a while, perhaps even a tad happier than it was a month ago, but only because that’s what the economic circumstances dictate.

It may be that over time Dr Lowe puts his own personal stamp on the way the RBA does business, but there is no real evidence of it in his first interest rate announcement.

Anyone who does detect a change in policy emphasis may well be looking too hard.

If Mr Stevens had issued the statement put out on Tuesday by Dr Lowe, it’s unlikely anyone would have noticed anything had changed.