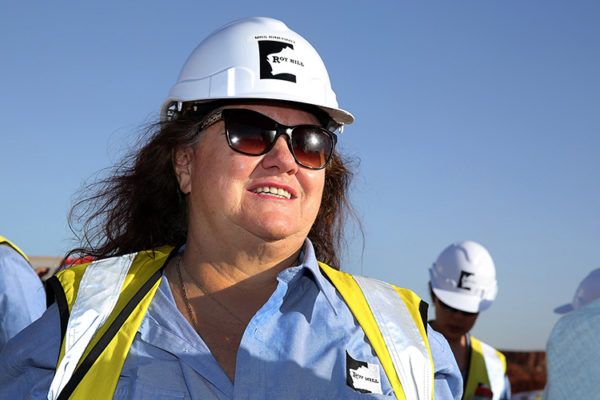 Iron ore and coal prices are roaring back, and as they climb so do the personal fortunes of mining magnates Gina Rinehart and Andrew “Twiggy” Forrest.

The graph charting Rinehart’s personal wealth, for example, is almost a mirror image of the iron ore price.

Her personal wealth peaked at $31 billion in 2012, when the iron ore price was riding high at around US$100 per tonne.

Then came the slump, and Rinehart’s wealth took a tumble to around $6 billion in 2015, before starting to rise again – in line with the iron ore price – to around $13 billion this year.

Twiggy Forrest has been on a similar roller coaster, going from a personal wealth of $9 billion in 2008 to $2.8 billion last year before moving back through $3 billion this year.

The resurgence in the wealth of the two iron ore magnates has a direct message which comes straight from the markets: commodities are back in fashion.

Big miners such as Rio Tinto and BHP Billiton were the darlings of the markets, along with the banks, for a sustained period until it started to sour in the last three years.

Like the banks, big miners are part of the “Blue Chip” echelon of stocks which investors like not just for the capital gain, but for the dividends they produce on an annual basis.

A look at the performance of Rio Tinto shows that both share price and dividend are bouncing back.

Rio shares could be had for $37 or thereabouts in February this year, this week they are trading at around $54.

As well as iron ore, Australia is the world’s largest coal exporter, and coal – another of Rio’s main commodities, is also back in style.

Only this week another coal miner, Glencore, announced it would re-open a Queensland coal mine as a result of the resurgent price of coking coal, which has more than re-doubled in price in recent months.

All this is unlikely to help another well known mining magnate, Nathan Tinkler, who is currently working through bankruptcy after becoming Australia’s youngest billionaire in 2011.

Still, according to reports in March, Tinkler is linked to companies which still hold more than $40 million worth of property in NSW and Queensland, probably enough to set most of us for life.