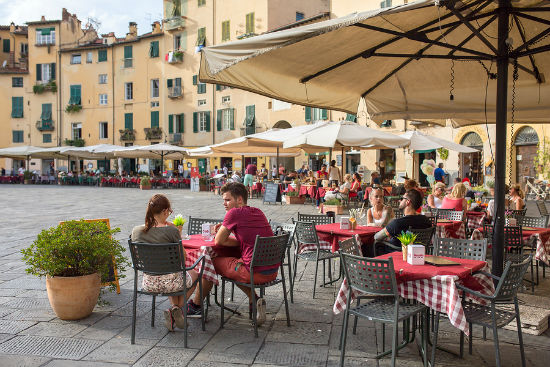 Food is a major drawcard for tourists, who flock to Rome for pasta, Paris for pastries and Tokyo for sahimi,

But there are plenty of foodie havens around the world where you can taste stunning, local delights without battling crowds.

Todi is nestled in Italy’s “green heart” of Umbria, which neighbours the much-heralded region of Tuscany. Visitors to this medieval hill town can dine al fresco while indulging in juicy figs, foraged greens and delicious meat. Alternatively, dig your fork into palomba alla ghiotta – a classic dish of spit-roasted pigeon with sage, rosemary and garlic.

Set to bring out anyone’s inner-hunter-gatherer is Motovun, which sits atop one of the many hills along the Istria peninsula of the Adriatic Sea. The area is known as the land of truffles and offers foraging excursions into the woods. For those who prefer a slower pace, the pretty village has a charming main square where you can put your feet up with a crisp local wine and a spread of fine cheeses and hams – and truffles, of course.

This coastal Mexican village offers every taco combination under the sun. Kick back with a margarita in one of the brightly-decorated cafes or wander into one of the jungle beach town’s many restaurants. The food is as colourful as the town, with mole enchilladas, green chorizo and blue corn tortillas. Or you could indulge in the Yucatan-style slow roasted pork. Tourists should expect to walk away with full tummies without having to empty their wallets.

Kagoshima is known for its view of the active volcano Sakurajima, but the real explosion in the seaside city is its food scene. Local dishes are filled with flavourful meat, delicious boiled vegetables and aromatic sauces. Black pork, Satsumaage (fried fish cakes) and tempura sweet potato make up some of the unique fare available.

Tanunda, in the picturesque Barossa Valley, has been heavily-influenced by its 19th-century German settlers, with bratwurst, kransky and pretzels available by the dozen from bakeries and sausage shops in town. For a more fine dining experience, most of the local wineries are open seven days a week.

The ancient fortified settlement of Ait-Benhaddou is positioned along the old trade route between the Sahara and Marrakech. But even more striking than the town’s terracotta architecture is its traditional Moroccan menu, with dishes full of spices and mouth-watering flavours. Travellers are encouraged to work up an appetite with a stroll to the area’s perfectly preserved Kasbah, an ancient North African citadel.

Forget hot dogs in diners, this American mid-coast haven presents a quaint, laid-back atmosphere with lighthouse views to admire while tucking into a fresh lobster roll. Rockport is big on slow food, but the seaside town in Massachusetts has jumped on the street food bandwagon and has a plethora of food trucks offering high-quality goodies.

While not exactly undiscovered, Darwin’s quality Asian cuisine is a surprise to many, with the city lying closer to its Asian neighbours than its fellow Australian capitals. Take a steamy Saturday morning stroll at the Parap Village Markets, or wait for the Northern Territory sun to drop for a wander at the Mindil Beach Sunset Market. Expect Indonesian charcoal BBQ meats, exotic fruit, Asian greens, and Thai curries and laksas, to name a few. You’ll also come across the Territory’s green mangoes, popular in Asia and now in demand across Australia.