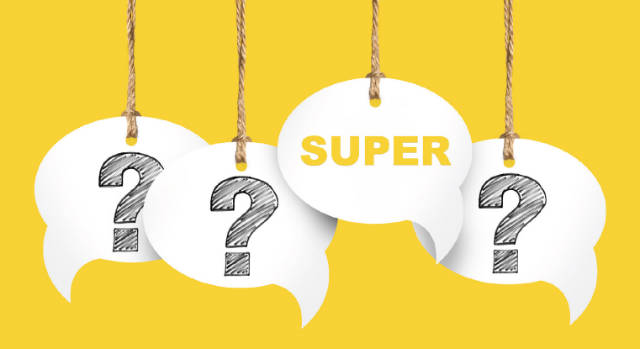 While it is often uncomfortable to think about our mortality, thinking about how we would like our wealth transferred to our loved ones after we die is something that deserves a little thought.

We  are all aware of the importance of making a Will  and keeping it up to date, however, our superannuation, which is often the largest asset a person has apart from their home, also deserves some attention.

Despite misconceptions to the contrary, money held in superannuation may not automatically pass to your

estate on death to be dealt with under your Will. This can result in superannuation death benefits passing to the wrong people.

Let’s address some of the common questions that arise when it comes to conversations around superannuation death benefits.

What happens to my super when I die?

Superannuation law requires a member’s benefit to be paid as soon as practicable following the death of a member.

However, this may take some months as it is often necessary to sell down investments so a death benefit can be paid. In addition, before paying a superannuation death benefit, the trustees of the superannuation fund must identify the person or people they will pay the benefit to.

How can super benefits be paid?

When a member of a superannuation fund has passed away, their benefit may be paid as a lump sum or in certain circumstances, as a pension or regular income stream.

Who can a death benefit be paid to?

A superannuation death benefit can be paid to:

A spouse includes a person the deceased was legally married to or, if not legally married, lived in a genuine domestic relationship (e.g. a de facto partner). A spouse may include a same-sex partner.

Generally, a former spouse (i.e. divorced and not merely separated), parents, brothers and sisters, nephews, nieces and grandchildren of the deceased are not dependants for superannuation purposes. However, they may be if some other form of financial dependency exists. For example, a grandchild living with and being financially supported by their grandparents may be a dependant for super purposes.

The legal personal representative is the trustee or executor of the deceased’s estate.

How does a super fund determine who a death benefit should be paid to?

While superannuation funds are bound by superannuation law, they are also subject to specific conditions contained in their governing rules which include the super fund’s trust deed. While there may be some commonality between super funds, it is important to appreciate that not all funds deal with death benefits in the same way.

In many instances, superannuation fund trustees will exercise their discretion when determining to whom and in what form a member’s death benefit will be paid.

This involves the trustees undertaking a claim-staking process to identify all possible dependants of the deceased before making a final decision regarding the payment of a death benefit. This can be a time-consuming exercise and may lead to considerable delays when paying out a death benefit.

“… our superannuation, which is often the largest asset a person has apart from their home, also deserves some attention.”

While trustee discretion has been, and remains common, many superannuation funds have inserted specific conditions that govern the payment of death benefits into their governing rules. That is, the trust deed removes the discretionary powers of the trustee when it comes to paying death benefits.

It is becoming increasingly more common for superannuation fund trust deeds to require the trustees to pay a deceased member’s benefit as a lump sum directly to the legal personal representative. Where this exists, a superannuation death benefit automatically passes to the deceased’s estate.

How can I have some certainty about who will receive my super?

Most, if not all, super funds allow their members to nominate beneficiaries to receive their benefit in the event of death.

The types of nominations available will vary between super funds however the most common ones include:

We recommend that readers seek the assistance of a qualified adviser when considering their estate planning objectives.